Breakspear is one of the most colourful, yet hard hitting, communicators in British Christian Contemporary Music 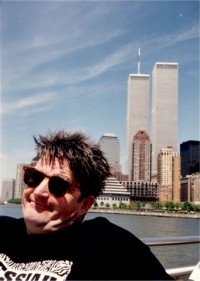 Nick Breakspear Jones offers one of the ‘ most breathtakingly original musical, experiences in Christendom. Back in 1995 Cross Rhythms described his live performances as “anarchic, surreal, down right weird” and today nothing has changed.

But he is also a musician often working under a powerful prophetic anointing venturing where few musicians or speakers dare. These days Nick does most of his gigs with backing tracks on mini-disc, “kind of prophetic karaoke,” Nick quips, rather than the band who have in the past gigged under the Breakspear name.

Not that Nick has lost touch with his old musical associates. On the debut Breakspear CD ‘Fishing In The Deep’ are Nick’s long time musical associates, producer/engineer-key boardsman extraordinaire Matt Wanstall and fine rock guitarist Dave Woodman. I began our chat by mentioning the Breakspear contribution to the ‘Cross Rhythms’ compilation on N-Soul back in 1995.

“A lot of water’s gone under the bridge since we last spoke. To be more accurate, a couple of oceans. We seem to have moved away from the dance thing. There’s always been a prophetic angle to the Breakspearthing. Basically presenting Father’s heart words to people. That’s developed a lot, primarily by the Lord tak¬ing me to various places around the world and showing me certain things then bringing songs through those.”

So then, would Nick consider himself a prophet musician?

“The term ‘prophet’ is a bit high and aloof, and I wouldn’t regularly wear that kind of name myself, but when you stand there before people and you’ve spent time with the Lord and he’s come and spoken things to you there is a prophetic element. I remember once I was painting at home. I had an Ian White album on. I went to turn the album over and the Lord said to me, ‘Sit down and listen to this track again because you didn’t hear it.’ The track was called ‘It’s All We Can Do’ and Ian had written it out of the persecution of Christians in the East.

I sat there on the sofa in my overalls and it was like the Lord was in front of me with a long coat on. I got the impression of him opening his coat and this scream came out from inside his coat. The Lord said, ‘There are people in the church who YOU say have a heart for the lost. Never say that. They’re not your lost, they’re my lost, I’m their Dad.’ I broke open. All day long I cried and cried. It was like some great grief had hit my family, like there was a death in the family. Through that experience the Lord has taken me to other experiences. The impression I got was of the Lord asking me, ‘Will you scream, will you cry for me? If you do people will hear my cry.’ A lot of these things are not particularly tangible, coherent things, but people seem to connect with what I do.

“I feel like a singing telegram. I get these telegrams from the Lord. I go to the destinations he wants me to go and I just read or sing whatever I’ve got. For instance, this song ‘Corrugated’. Over a 10-month period the Lord told me to stop gigging, to stop doing the stuff I already had lined up but to actually go to those gigs and observe which is quite a strange thing to do. The track ‘Corrugated’ was born out of an event held in Manchester by the Barnabus project for the homeless. Coming away from that I saw people in doorways. It was like the Lord was freeze-framing all these pictures before me for 20 miles on my way home. I was lamenting this word ‘corrugated’. It was in my stomach, it just came up. Over the next three days the track came together.”

If Nick’s music is laden with prophetic intensity some of his songs are also stridently joyful. For instance, the joyful pop rock anthem “Re Joice”. “It’s not all heavy stuff that I do. We have numbers like ‘Bananas For Jesus’ and you can’t sing that with a solemn face. There’s a jungle version! We leap about and lob bananas all over the place! But having said that, I think the sorrow part is part of the joy. The Bible says that Jesus set his face like flint towards Jerusalem for the joy of the cross. Now that doesn’t strike too well with happy clappy does it?”

Breakspear is delighted with the way his independently released ‘Fishing In The Deep’ has turned out. “We did it over a two month period in the early part of 1998. These songs were a bit like a painting. There comes a time when a painting is finished and it needs to be framed. That was the recording of the album.”

Like many more grassroots musicianaries, Nick is very aware of the poor support for CCM musicians in the UK. “I was listening to Chris Cole on a Cross Rhythms Experience a couple of issues ago. He said that as a CCM musician in England you’ve virtually got to take a vow of poverty. That’s true. If it wasn’t for my family I couldn’t do any of this. For whatever reasons you’re just not supported. Then again, we produced this latest CD and the truth is, we stood that.”

Breakspear has been particularly impacted at the Cross Rhythms Festival. “Each time I’ve gone to the Cross Rhythms Festival I’ve been there as a contributor and a punter as well. God has specifically spoken directive words to me. It really has been life changing for me. It’s like seeing an accident; you can’t deny what you saw. God has specifically got me to go to certain places.” 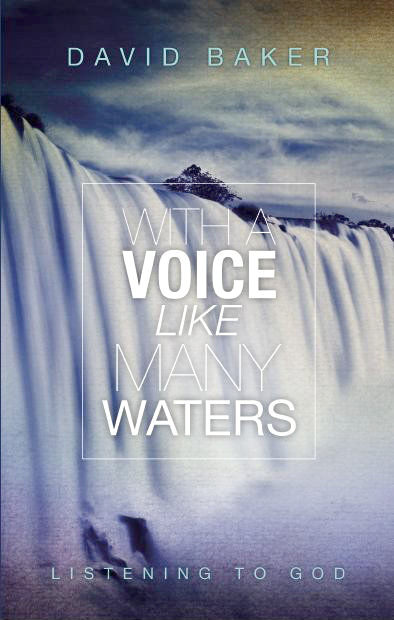